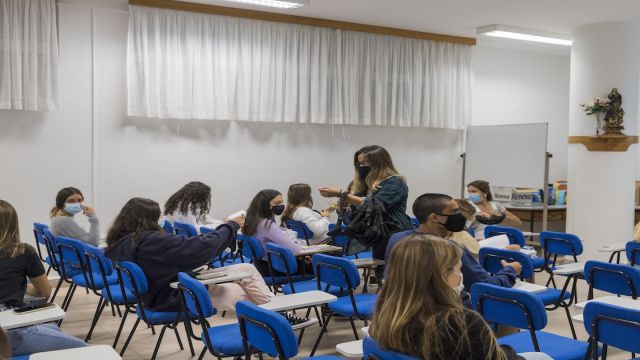 22 October
This week we started Ativoluntário, a Project that seeks to encourage civic participation, being par… 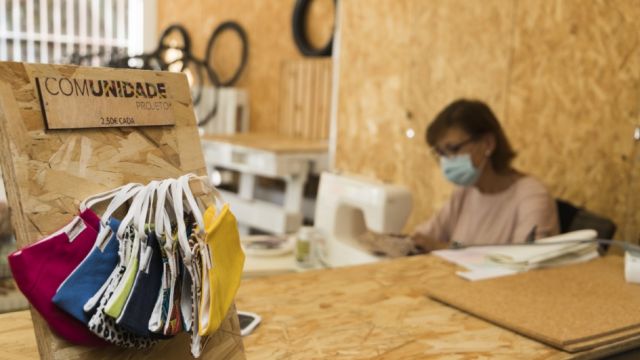 22 October
There are many locations throughout Cascais where you can acquire your own community mask!  … 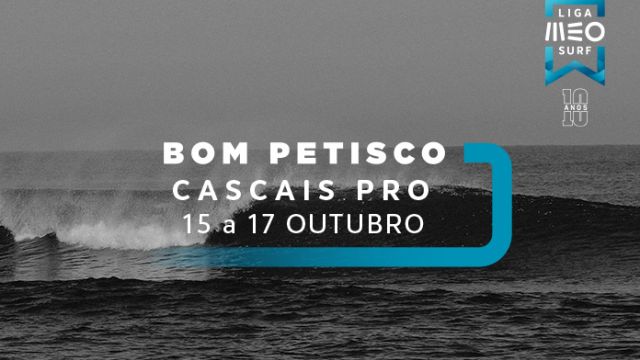 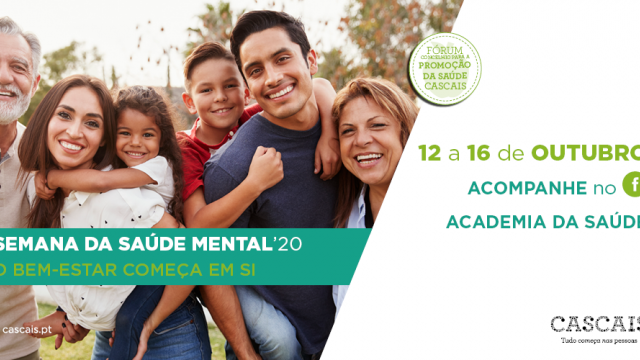 22 October
Within the scope of the Local Strategy for Health Promotion, the Municipality Forum of Health Promot… 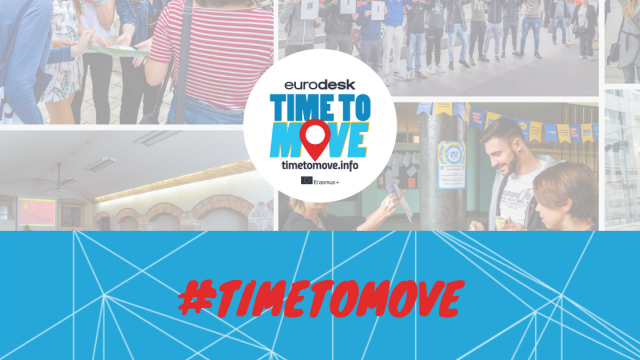 22 October
"Time to Move" is a Eurodesk initiative that seeks to encourage young people to discover the world,… 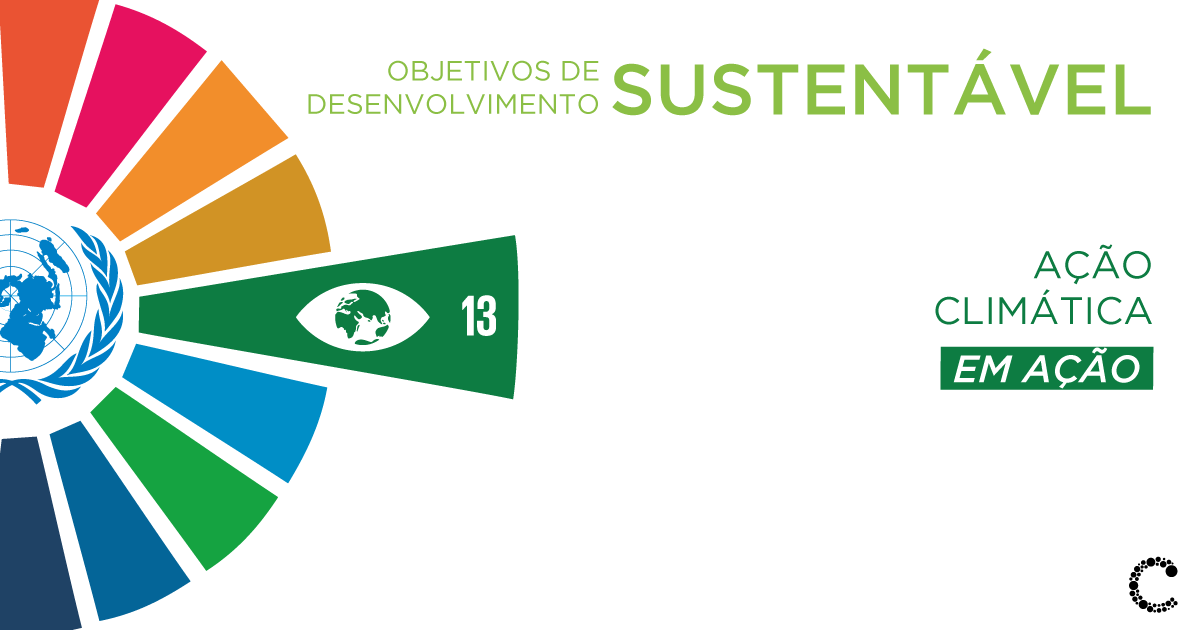 On Tuesday, we shared with you the No. 13 Sustainable Development Goal, which addresses climate action and aims to take urgent action to combat climate change and its impacts.

As it has become habitual, we share with you now some ideas and some initiatives that not only inspire you but also provide experiences that will change your life and that of those who are close to you.
Get to know some projects related to this ODS.

The Navigator Company's business model is based on sustainable and certified forest management, reconciling environmental and social concerns with the economic side. Eucalyptus plantations and other forest and ornamental species developed by Navigator are an important carbon sink, helping to reduce greenhouse gases (GHG) in the atmosphere. Equally important is the continued investment in new plantations, source of the raw material used, which avoids the deforestation of natural areas. The Navigator Company has developed low-carbon business solutions in line with the global agenda for climate action: use of forest biomass and solar energy, replacement of fossil fuels with cleaner ones (natural gas), energy efficiency programs and optimization of energy production and consumption.
The LIPOR 3M Strategy - less waste, less carbon, more Climate, represents the voluntary contribution of LIPOR in combating climate change. The adoption of this strategy represents the commitment of action, based on 4 axes based on 4 axes of action: (1) knowledge, (2) action, (3) mobilization and (4) cooperation. The commitment assumed by LIPOR for the year 2016 was to reduce its emissions by 16% (compared to the reference year of 2006). With the work that has been developed, LIPOR in 2016 obtained a reduction of 17.7%, having reached the proposed goal.
Since the central activity of the Group is focused on Distribution, Jerónimo Martins aims to reduce the environmental impacts associated with logistics processes throughout the value chain, minimizing the consumption of raw materials and energy sources, as well as reducing the number of greenhouse gas (GHG) emissions and waste generated.

As such, the Group favors the use of vehicles complying with Euro 5 and Euro 6 requirements and has implemented a backhauling program which, begun in 2011, consists of route optimization and load maximization through the collection of empty pallets on return trips from the stores themselves, as well as from Group suppliers in Portugal and Poland.

In 2016, 97% and 68% of the Group's freight vehicles in Poland and Portugal respectively met the Euro 5 and Euro 6 requirements. The Backhauling Program allowed the collection of more than 494 thousand pallets, avoiding to go further of 7.5 million kilometers, equivalent to about 6.5 thousand tons of CO2. In the last six years, 2.6 million pallets were collected, avoiding 38.2 million kilometers in travel and the emission of 35.4 thousand tons of CO2.

The search for environmentally friendly and economically efficient solutions has led CTT to expand its fleet of alternative vehicles, especially electric vehicles. Currently, the fleet has 341 vehicles - about 10% of the total - being the least polluting of the largest fleets in Portugal. In order to promote efficiency in fuel consumption, CTT also implemented a system of evaluation and estimation of eco driving, involving more than 4,700 employees. The system evaluates the performance of teams in terms of consumption and emissions, accidents and customer satisfaction. In order to deal with the mobility challenges, in particular with daily commutes, CTT launched an internal carpooling platform, accessible to the 1,200 employees at headquarters in 2015. Behavioral changes in driving patterns made it possible to identify a potential reduction of 16% in fuel consumption, equivalent to annual savings of 700 thousand euros and a reduction of 1,700 tonnes of CO2 emissions. Daily trips: 58 users registered in the carpooling platform in the first year, avoiding a total of 31,633km2 covered and 6.3 tons of CO2 emitted.

The Cascais Strategic Plan in the face of Climate Change is a pioneering study completed in 2010 that analyzes the climate scenarios, impacts and action strategies for the municipality. It was later integrated in the PDM to articulate with the territorial management instruments and strategic planning of the Autarchy. The strategy has now been reinforced with the Action Plan for Adaptation to Climate Change (2017), with an update of the scenarios and a framework of ODS for the implementation of 13 measures integrated in 80 actions by 2030.

The Climatopos Charter included in the PDM inaugurates the strategic approach to planning and spatial planning for climate change. The assessment of climatic conditions aims at identifying planning and planning solutions that aim to minimize the thermal stress of urban areas, especially in situations of extreme heat and to create optimal ventilation conditions, in order to improve air quality and reduce cooling / heating of buildings.

The ClimAdaPT.Local project took place between 2013 and 2016 and had the objective of starting an ongoing process of elaboration of the Municipal Strategies for Adaptation to Climate Change (EMAAC) in Portugal. With the contributions of existing experiences, of which Cascais was an active member, 27 municipalities replicated methodologies for integrating climate change into local policies. The program was the precursor of the Network of Municipalities in Local Adaptation that will prolong the effort to assist Portuguese municipalities in their resilience process.

If there are actions in your day-to-day life that can be more sustainable, do not hesitate and do better! It reads "We are devastating nature".

22 October
This week we started Ativoluntário, a Project that seeks to encourage civic participation, being par…

22 October
There are many locations throughout Cascais where you can acquire your own community mask!  …

22 October
Within the scope of the Local Strategy for Health Promotion, the Municipality Forum of Health Promot…

22 October
"Time to Move" is a Eurodesk initiative that seeks to encourage young people to discover the world,…