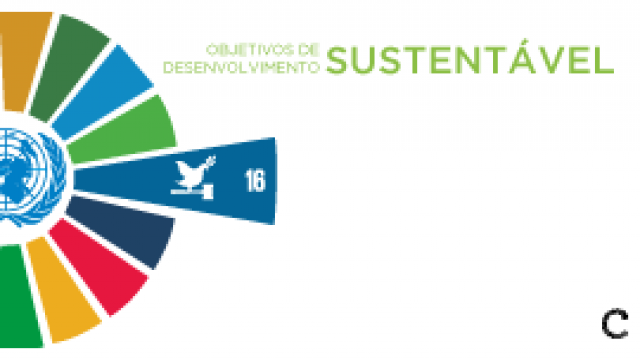 23 April
Almost in the final stretch, we do not even need to say what comes next: ODS today concerns peace, j… 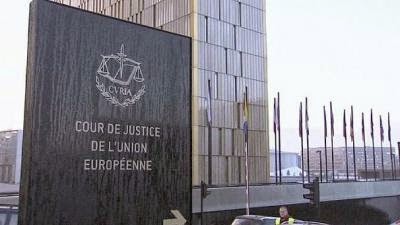 Court of Justice of the European Union

• Members: the Court of Justice: one judge from each EU country and 11 Advocates General

the General Court: 47 judges In 2019, this number will increase to 56 (two judges for each EU country)

The Court of Justice of the European Union (ECJ) interprets European law to ensure that it is applied equally in all EU countries and deliberates on legal disputes between national governments and European institutions.

In certain circumstances, individuals, companies or organizations who consider that their rights have been violated by a European institution may also use the CJEU.

What does the CJEU do?

The ECJ ruled on the cases before it.

The most common types of processes are:

Interpretation of legislation (injurious decisions) - national courts in EU countries must ensure the correct application of EU law, but this can be interpreted differently from one country to another. If a court has doubts as to the interpretation or validity of a European legislative act, it may request clarification from the Court. The same mechanism can be used to determine whether a given national law or practice is compatible with European law.

Enforcement (infringement proceedings) - a case which arises when an EU country does not comply with European law. This type of action can be initiated by the European Commission or an EU country. If the breach is found, the country must immediately rectify the situation, otherwise it risks a second action and a fine.

If they consider that a legislative act is in breach of EU treaties or fundamental rights, the Council of the EU, the European Commission or, in certain cases, the European Parliament, may request the Court to annulment of the act in question.

An individual may also request the Court to annul an EU act of direct concern to him.

Duty to act (actions for failure to act) - Parliament, the Council and the Commission are called upon to act in certain circumstances. If they fail to do so, national governments, other European institutions or (in some cases) individuals may bring the matter before the Court.

Application of sanctions to the European institutions (compensation actions) - any person or undertaking whose interests have been harmed following the action or inaction of the EU or its staff may appeal to the Court.

How is the CJEU composed?

The Court of Justice of the European Union (CJEU) is composed of 2 jurisdictions:

• The Court, dealing with requests for preliminary rulings from national courts, as well as certain actions for annulment and appeals.

• The General Court, which deals with actions for annulment brought by individuals, undertakings and, in some cases, national governments. In practice, this means that this court essentially deals with competition law, state aid, trade, agriculture and trademarks.

Judges and Advocates-General are appointed by the governments of the EU countries for renewable periods of six years. In each of the jurisdictions, the judges choose a President who is vested in the position for a renewable term of three years.

How does the ECJ work?

In the Court of Justice, a judge (judge-rapporteur) and an Advocate-General are appointed for each case. The processes are treated in two phases:

o The parties involved begin by submitting a written declaration to the Court, and comments may also be sent to the national authorities, the European institutions and sometimes individual citizens.

All this information is gathered and summarized by the Judge-Rapporteur and analyzed during the plenary session of the Court which decides:

 The number of judges who will deal with the case and who will be three, five or 15 (the whole Court), depending on the importance and complexity of the matter. Most cases are handed to five judges, with rare cases where a case is handled by the whole court.

 The need for a hearing (oral procedure) and the opinion of the Advocate General.

During the hearing, the lawyers of both parties present their claims to the judges and the Advocate General, who may ask any questions they consider appropriate.

Where the Court considers that the opinion of the Advocate General is necessary, it shall be delivered a few weeks after the hearing.

The judges shall deliberate and pronounce the judgment.

The CJEU and the citizen

Any citizen or company that considers itself harmed as a result of an action or inaction by a European institution or its staff may appeal to the CJEU in two ways:

• Indirectly through national courts, which may decide to refer the case to the CJEU

• Directly to the General Court, if a decision of a European institution affected him directly and individually

If you consider that the authorities of a country have violated European law, you must follow the official procedure for filing complaints.

23 April
Almost in the final stretch, we do not even need to say what comes next: ODS today concerns peace, j…